FOR LOVE of COUNTRY: What Our Veterans Can Teach Us About Citizenship, Heroism, and Sacrifice

For Love of Country is a celebration of the extraordinary courage, dedication, and sacrifice of this generation of American veterans on the battlefield and their equally valuable contributions on the home front.

Because so few of us now serve in the military, our men and women in uniform have become strangers to us. We stand up at athletic events to honor them, but we hardly know their true measure. Here, Starbucks CEO and longtime veterans’ advocate Howard Schultz and National Book Award finalist Rajiv Chandrasekaran of The Washington Post offer an enlightening, inspiring corrective.

The authors honor acts of uncommon valor in Iraq and Afghanistan, including an Army sergeant who repeatedly runs through a storm of gunfire to save the lives of his wounded comrades; two Marines who sacrifice their lives to halt an oncoming truck bomb and protect thirty-three of their brothers in arms; a sixty-year-old doctor who joins the Navy to honor his fallen son.

Dr. Bill Krissoff (left) joined the Navy as a medic after the death of his son, Nathan (right) in Iraq in 2006

We also see how veterans make vital contributions once they return home, drawing on their leadership skills and commitment to service: former soldiers who aid residents in rebuilding after natural disasters; a former infantry officer who trades in a Pentagon job to teach in an inner-city neighborhood; a retired general leading efforts to improve treatments for brain-injured troops; the spouse of a severely injured soldier assisting families in similar positions.

These powerful, unforgettable stories demonstrate just how indebted we are to those who protect us and what they have to offer our nation when their military service is done. 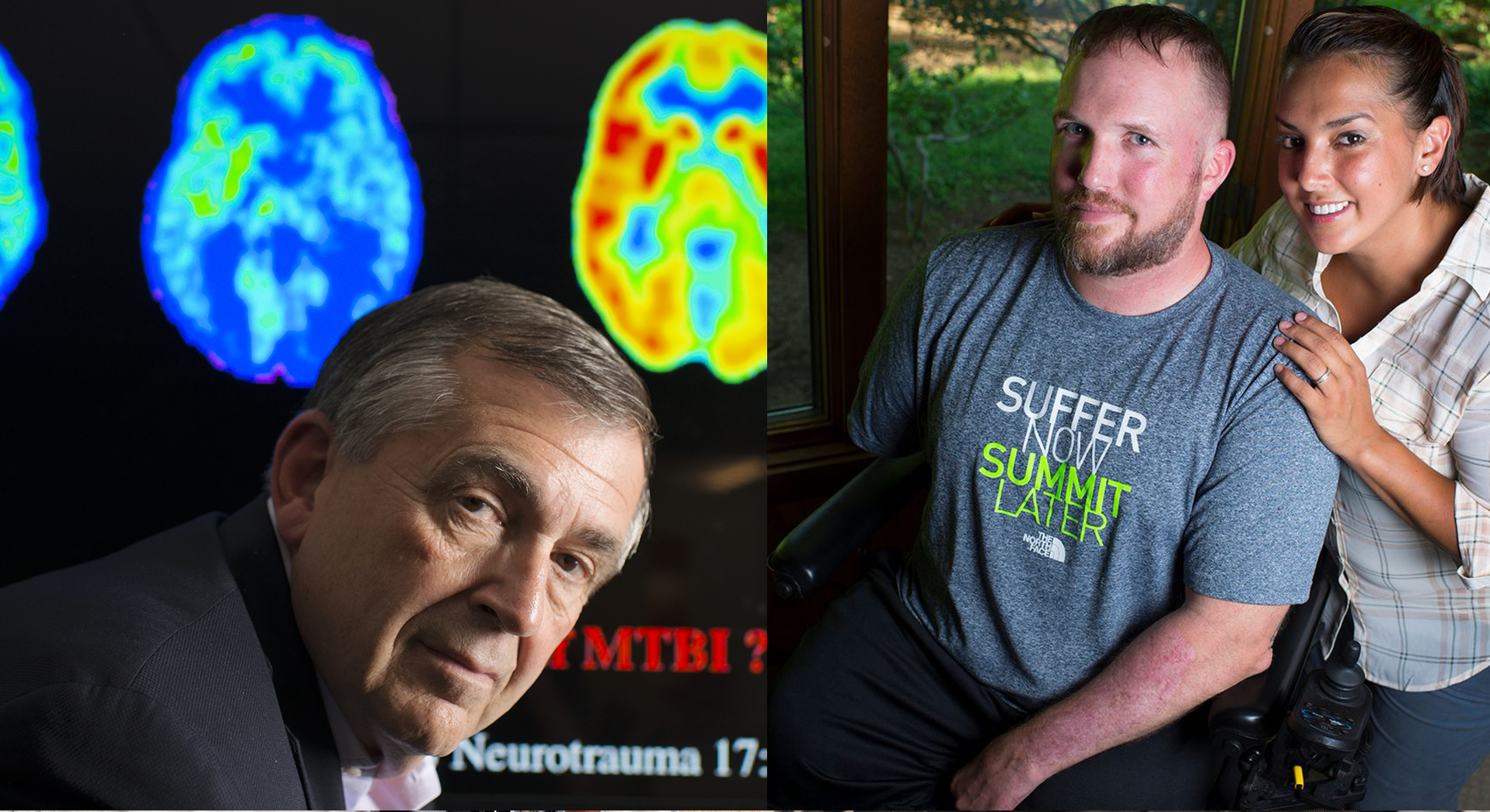 General Chiarelli of One Mind (left) works to accelerate the development of treatment for PTS and TBI. Survivors Flip and Jess Klein (right), are involved with the Yellow Ribbon Fund, an organization that supports military families.

The authors will donate proceeds from the sale of this book to Onward Veterans, a donor-advised fund of the Schultz Family Foundation that supports the successful transition of military veterans and their families.